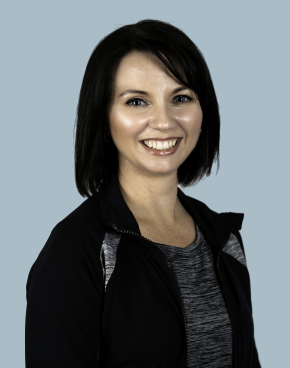 Your metabolism doesn’t work the way you think

We put on weight from our 20s because our metabolism slows down. Menopause makes things worse. Wrong, and wrong. Here’s what current research says.

Most of us have had “the metabolism” conversation.

You know the one: “My metabolism has slowed down so much since I turned 30, 40, 50”, or “I wish I had a faster metabolism”, or “I eat frequent small meals every day to speed up my metabolism”.

Turns out, the way our bodies use energy might be different to what we once thought.
That’s according to a new study published in Science, which measured the metabolism of nearly 6500 people under free-living conditions and ranging in age from newborn to 95.

The scientists also investigated the metabolism at rest of 2008 people.

Lead author and Duke University evolutionary anthropologist Dr Herman Pontzer wrote that once scientists accounted for variables affecting energy expenditure, like body size and percentage of fat, they got “a clear roadmap of metabolism over our lifespan”.

What the research discovered?

The study shows that the total daily amount of energy spent increases from birth to age 20, then remains stable until the age of 60, and starts to decline afterwards.

It found that — contrary to popular opinion that metabolism slows significantly as we age — there are distinct periods of life when it comes to metabolism (adjusted for body size and body fat).

The scientists also found that there are no real differences between the metabolic rates of men and women after accounting for body size and fat mass.

What does the new research mean?

Why do we care about the study? In a nutshell, it shows that while on average we gain between 0.5 to 1 kg of fat per year during adulthood, we can no longer blame a slowing metabolic rate.

“While some findings similar to those in the study of Pontzer were already in literature before they published their work, this study is the first of its kind to investigate people from age zero to over 90,” University of WA exercise biochemist Professor Paul Fournier says.

“As reported, it shows that after age 60, and certainly once we hit 70, the body starts to change in many ways, and both resting metabolism and daily energy expenditure fall.”

“There are always anomalies though — there would be some very active and strong people who are 65 years old with metabolisms better than someone who is 30,” Perth health coach Sam Jackson adds.

So, can we change our metabolism?

Our experts say there are a few ways to boost resting metabolic rate.

“You can work on your muscles,” Sam advises.

“That doesn’t mean we all need to turn into muscle-bound Olympic athletes who can crack walnuts between our knees — but incorporating a bit of strength work on your larger muscle groups three times a week will provide a benefit.”

Professor Fournier agrees that “staying active and keeping your muscle mass as intact as possible can be beneficial to our metabolism”.

“This is because muscles use energy even while at rest, and the losses in muscle mass experienced by the elderly contribute to the fall in their metabolism,” Professor Fournier explains.