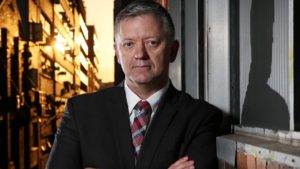 To stop crimes before they happen police and governments need find the sources of the problems. Former detective Peter Moroney says the source of Sydney’s gang war is obvious and there’s only one way to fix it.

Sydney, indeed, the rest of Australia is thinking about the senseless violence that is unfolding. The majority are fed-up and have formed the view of “oh well, they’re killing each other, who cares?”

Even now, 12 years after a 20-year police career I agree some days. But that’s not the answer.

With any crime, if you want to find a solution, find the source(s) of the problem, find the fuel feeding the fire. It’s easy to assume the gangs are the problem, clamp down on them and the problem goes away. Does it?

In the early 2000s, Telopea Street Punchbowl was a hub of organised crime. Lakemba police station was shot up, Michael Kannaan and his crew were involved in the Five Dock shootings. Root caus, drugs and turf, followed by revenge shootings.

Move forward to 2009, and the Hell’s Angel club house is blown up, bikies are shooting each other, Nomad members are shot outside their clubhouse in Marrickville, and Abdul Darwiche is gunned down in the street. Root cause, drugs and turf followed by revenge shootings.

Then there’s the feud between the Razzak and Darwiche gangs. Anthony Zervas is bludgeoned to death at Sydney airport. Root cause, drugs and turf followed by revenge shootings.

In 2013 and 2014 it is the Brothers-For-Life and another round of senseless violence, including the shooting of Lola Hamzy, the mother of Bassam Hamzy. Root cause, drugs and turf followed by revenge shootings.

In more recent times, it is the Darwiche and Alameddine, and then the Alameddine and Hamzy gangs that have used violence as a tactic to control the drug supply.

On each occasion police ramp up and successfully quell the problem. But playing whack-a-mole with organised drug syndicates is expensive and ultimately pointless.

Despite the efforts of law enforcement, methamphetamine and heroin use has increased by 17 per cent annually. The Australian Strategic Policy Institute estimated in 2021 that the Australian drug trade is worth $5 billion dollars annually. Australians are said to be one of the highest per capita users of cocaine in the world.

The Australian Criminal Intelligence Commission’s national Wastewater Drug Monitoring Program in its ninth report (2019) showed that over the prior three years, the total weight of MDMA had risen by 77.9 per cent and cocaine by 51.7 per cent.

The Australian Institute of Health and Welfare’s report on Illicit drug use (April 2020) demonstrated that the proportion of people in Australia 14 and over who use illicit drugs since 2007 has increased continually every year.