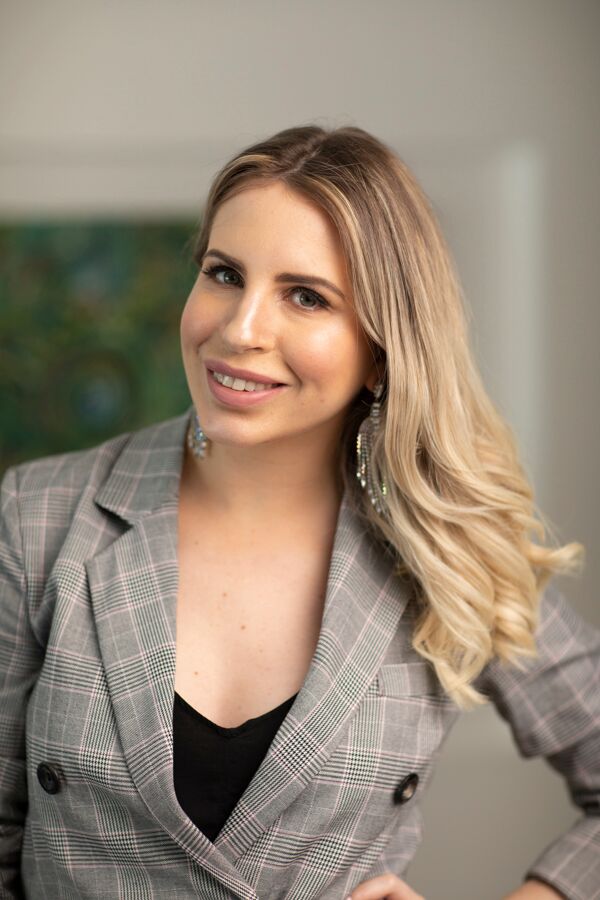 Olympia Kwitowski is an experienced Radio Producer, MC and Media Consultant.
Olympia has worked as a producer for Fairfax Radio, was a radio Traffic Reporter for stations nationwide as well as the TV Helicopter traffic reporter for Channel Nines Today Show.
Olympia now works as a producer at Macquarie Media where she produces 4BC Drive with Mark Braybrook and also has a weekly 'Whats On with Olympia' segment.
Olympia is a qualified speech and drama teacher and has worked at numerous casting agencies teaching acting, industry based audition techniques and deportment and etiquette.
Being at the forefront of the industry Olympia knows what producers are looking for when casting the net for talent.

Born and bred in Brisbane, Olympia has been an actor, dancer and entertainer since the tender age of 5 where she performed her first show in the Queen Street Mall.
While completing her Advanced Diploma of Stage and Screen Acting, Olympia was busy working on a number of minor roles in films, including working as Kate Hudson’s body double in the movie Fools Gold; as well as regularly acting and dancing at corporate functions across Brisbane including the Stefan Hair Awards.
In 2005, Olympia started working for Brightstars teaching Model TV and Acting to 5-17 year olds; as well as assisting with the development of the national curriculum. Brightstars ceased operations in 2008 and Olympia started her own industry based workshops teaching school aged kids how to prepare for casting auditions and helping students find talent representation.
Olympia is a member of CSPT Communication, Speech & Performance Teachers Inc. She holds an ATCL Teaching Diploma with Trinity College of London and is a regular Adjudicator of Speech and Drama Eisteddfods QLD wide.
In 2014, Olympia produced the Nights program for News Talk 4BC Radio which resulted in it achieving the Number 1 Rating for radio night programming in Queensland. In 2015 Olympia started work at the Australian Traffic Network as a Radio Traffic Reporter covering traffic reports for stations in Queensland, Victoria and Perth; and in June 2016 Olympia became the Today Show Traffic Reporter for the Nine Network.
During her extensive career, Olympia has continued to MC numerous events in Brisbane including fashion parades and shows in the Queen Street Mall, Melbourne Cup functions and movie screenings. She has also filmed numerous educational training videos, voice-overs for TV and Radio, and presented video coverage for a number of events and festivals for the Queensland Theatre Company, Brisbane Festival and Brisbane Powerhouse.

Please contact me and we will discuss a personalilsed plan for you.

I have worked with Olympia Kwitowski for nearly 5 years and during that time she has assisted me greatly with meeting media challenges, improving my ability to manage media interviews, and understanding the needs of the media that better positions the conversation and experience. Media can be a difficult and stressful experience but by harnessing the experience, guidance and industry knowledge of Olympia it has better prepared me and enhanced my performance in media opportunities.