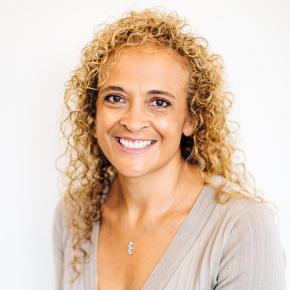 Surgeons’ move away from ‘Mister’ is overdue but welcome

The Royal Australasian College of Surgeons (RACS), formed in 1927, has finally passed a resolution to use gender-neutral titles, whereby surgeons will now be referred to by the RACS as Doctor, or by academic titles like Professor, breaking the anachronistic title of Mister for surgeons.

The change to inclusive language reflects changes in society and conveys gender equality. The origins of Mister date back to a time when only men were surgeons, with no consideration for modern surgeons who might be male, female, gender-diverse or non-binary.

This change has been slow to come from an institution steeped in tradition, but it finally brings surgeons into line with other gender-neutral occupations like police officers, firefighters, and flight attendants. While the resolution only applies to official RACS communication and policies, and male surgeons will still be able to call themselves Mister, it’s still a hugely significant and symbolic step for the profession.

Most importantly, this change reduces confusion for patients, who must understand who is treating them. The Adelaide Women’s and Children’s Hospital led the way earlier this year by removing the title of Mister for surgeons, eliminating confusion for children understanding their medical team.

The historical roots of this tradition go back to the Middle Ages, when barbers were more than hairdressers. People visited them for bloodletting and other surgical procedures. In 1308 the Barbers’ Guild was formed. During this time in London, “true surgeons” developed, who were more skilled than “barber surgeons”. In 1493, English true surgeons entered a working agreement with the barber surgeons. Then in 1540 King Henry VIII united these two groups as the “Masters, Governors of the Mystery and Commonalty of Barbers and Surgery of London”. He gave members the right to be addressed as Mr, pronounced Master.

The London surgeons were earning the highest incomes, and saw themselves at the top of the medical hierarchy. Being addressed as Mr was no longer a put-down, but became a status symbol for surgeons indicating superiority over other medical specialties and general practitioners – hardly inclusive language. Some viewed the title as snobbery and elitism. The practice spread from the UK to Australia, but not to North America, where surgeons use Dr or MD.

While the move to gender-neutral titles is to be applauded, there is still much progress to made in Australia to achieve genuine gender parity in the surgical field. The last published RACS annual activity report showed just 11.6 per cent of surgeons in Australia last year were female, despite three decades of 50 per cent or more medical graduates being women.

The RACS is acutely aware of what needs to change, and this change is under way. They have recently appointed Dr Sally Langley as the second female president in the college’s 94-year history. An active Women in Surgery Committee and a building respect program are addressing a bullying and discrimination culture, promoting diversity and inclusion. The RACS previously set a target of 40 per cent female trainees by 2021, although the most recent data shows only 30 per cent of trainees are women. As the graduate numbers are small relative to the total number of surgeons, this will only slowly impact the total percentage of female surgeons in Australia.